In the present report we explain basics of PEX, PE-RT and PB pipes and we look at the production volume of the flexibel heating & plumbing pipes. Market information on this product group complete the offer

The latest KWD Market Report on flexible heating & plumbing pipes was published in 2014. Since then we have seen different trends and developments, regarding both the manufacturers in this industry, and their various pipes and fittings.

All pipe materials have increased in the last years again, just as PE-X, PE-RT and PB pipes worldwide, which are the objects of this market analysis exclusively. Aluminium multilayer pipes are not subjects of this report.

Some trends and insights of the current report:

We are again presenting a current overview about the main producers. We show the estimated production output in 2016 and the development from 2010 to 2016. In the region Asia / Pacific we did not get trustworthy information. So again we decided just to list the producers and their respective production program.

Our survey is meant to highlight the respective trends and to up-date you on the quantity of produced pipe volumes by the main manufacturers worldwide of flexible heating and plumbing pipes which are made of PE-X, PE-RT and PB. The survey also shows the current situation and gives a trend analysis of the future development of the different pipe materials.

In addition to the list of production volumes, the survey also provides a comprehensive insight into the market of flexible tubes. In the chapter “Information on Companies and Markets” you will find market information on the appropriate companies and markets. These articles have been published in our newsletter KWD-globalpipe during the last three years. The information covers the following fields: Company news from Europe, America, Russia, and China, news on extrusion lines and on raw material and the summary of the articles on the legal dispute between Uponor and HeatLink/Canada. Producer profiles and certification lists round off the information offer to manufacturers of flexible pipes.

The report costs 960,- Euros for our subscribers (others pay 1.180,- Euros) + MwSt in Germany and shipping costs outside Germany. 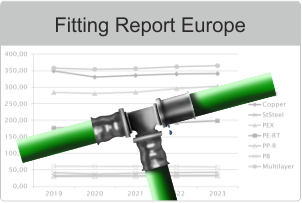 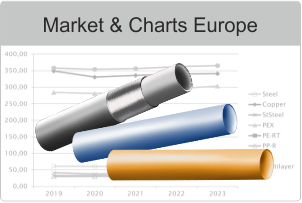 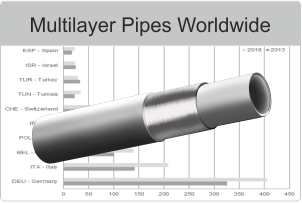 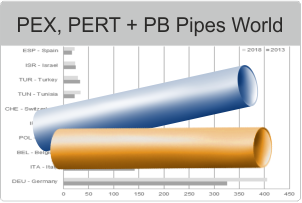